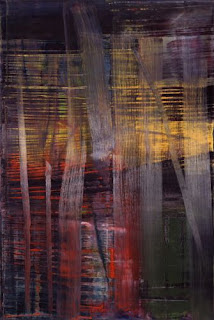 The Conceptual Poetry Conference in Tucson turned out to be a Beckett-box, to pinch respondent Marie Smart’s analogy (though she was describing Kenny G.): what began as a monolith became, like sound itself, an unwalled possibility. The poet/presenters were uniformly good, and presented more or less what and as expected. Kenny Goldsmith restated his Statement of Purpose as has been previously restated, advocating the “unboring boring” of wholesale appropriation/recontextualization; Christian Bök created a 4-point rubric of textual intentionality and expression (+) and (-) that he felt resulted in 4 different game-texts (of mimicry, of ), and exhausted all textual possibility; Caroline Bergvall talked about the dilative possibilities of polyvocal/linguality in poetics and poetic performances; Tracie Morris demonstrated the orchestration of compositional and allusive techniques in performance and production via Rev. Wright and Missy E. Patching the soft gap in representative cogency, Rob Fitterman’s more minimalist work (Metropolis XIV) was explained and explaining. Rob was there, and did not disagree. Marjorie Perloff’s keynote was a re-reading of Benjamin’s Arcades project as a conceptual text (or pre-conceptual text). History revised, as appropriate and appropriative.
The respondents added clinamen, or what used to be called lemon zest. This included Graca Capinha’s rejection of a non-subject based poetics, and exhortation to poetry; Wystan Curnow’s ingenious division of conceptualist works into pre-text (work that uses extant text as determinative) and post-text (work that uses extant text as support); Jonathan Stalling’s terrific Chinglish poetics; and Laynie Brown’s amalgamed responses to her conceptual poetry survey. I presented a post-text work sampling Tampex instructions, a War on Terror Jody song, Yeat's The Heart of The Woman, and my own mortifying immanence in a bid for balls-out conceptualisms. Laynie was good and insistent on the felt need for an expanded reference-field, and while Dworkin backpedaled somewhat, saying his anthology was not really meant to be an anthology, and Perloff decried a return to 90s identity politics, the larger picture was decidedly the larger picture. In other words (and there are buckets of those), from Morris to Brown to Stalling to Fitterman, the happy news is that conceptual poetry is porous as the swimming pool it comes in. For more meat, inquire directly. Too, Kenny G is providing synopses of conference presentations at Harriet. And, of course, conference organizers promise all presentations and discussions will be duly archived and available to you on your own computer.What became increasingly clear and increasingly interesting over the weekend was the refusal of those present to adopt the pre-existing definition of conceptual poetry. (I.e., that promulgated by Dworkin and Goldsmith via UBU web and etc.) Rather than conform to the standard position of catcalling marginalia, those who consider themselves conceptual writers who do not do only wholesale appropriation or revere the flat affect or radical mimesis simply removed the margins. Perloff had to have been pleased – there was a minimal amount of homage, a maximal effort at fresh constitution, and a vertiginously perverse sense of optimism and potentiality. (image is from Richter's Wald series, nod to Cole S.)

Good to know about this. Poets & Writers now sponsors readings in Tucson (though I'm not sure how read-aloud-able some conceptual poetry is...).

Hi Cheryl. With, as Vanessa has said, the "fuzzy box" without walls that conceptual poetry may be, I think plenty of works are quite readable. At the symposium, many were read. Maybe we'll test this in Tucson, and Chax Press will apply for some of that Poets & Writers funding in the next year.

Vanessa, I really liked what you read at our panel. It was good to meet you at the symposium.

Charles: Thank you, and it was very nice meeting you. Cheryl: Charles is right. And some are only read-aloud-able,

One of my favorite sound poems is Charles Bernstein's 1-100...follow this link to have a listen:

Now this sound poem definitely wouldn't work on the space of the page.