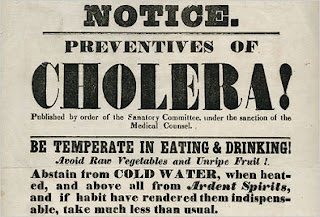 
We watched “I'm Not There.” Disappearing. Like the movie “Closer,” Natalie Portman and that name on the grave. Vanishing. Like the vanishing photos in DiBlasi’s ….and the vanishing of Sebald entirely. Desaparecido.
As a physical gesture—Verbal’s kissed fingers in The Usual Suspects.

I’m listening to Dylan’s Tangled up in Blue in fact. [oops, now I’m listening to Rooks] Sage and I saw an installation at SAAM—by Su-Mei Tse--the mountains the music and the sun blowing away like a balloon. Sage kept asking why is it going away—and all I could say was “Things do.”

One thing I’m reading is Kiss of the Yogini—a discussion of the sexual in Tantra. (The sexual, you ask, isn’t it all sexual? but no kamasutra isn’t really Tantric. As opposed to, say, hathayogapradipika] White is interested in what he theorizes makes Tantra tantra—a focus on sexual fluids—and consuming or offering up such fluids. 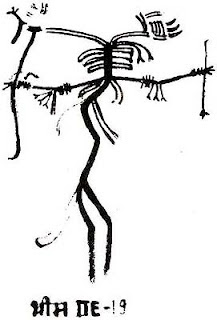 It is an interesting, if controversial book
One of the arguments against White’s interpretation is that the practices discussed, for example, Kaulajnananirnaya are metaphorical. And, is the text itself a set of locks that only the initiated can open. This has not only been suggested for these Tantric texts but for the seminal vedic texts such as the Upanishads and the Rig Veda. But White has gathered an impressive amount of evidence to support his interpretation.

Anyway: I want to do a puppet show—here’s a bit:


DR. FUNEL: [staring fixedly at the people without heads] Yes?

NORDSTAL: What is the length of time a head might remain conscious once it has been severed? Are their heads conscious?

DR. FUNEL: Hmmm…well, [scratching the top of his own head] research suggests the maximum amount of time a head separated from the body remains conscious is 30 seconds. But really, that is probably an overestimation because shock is thought to mask any true consciousness and I don’t think anyone believes the head sees the drop into the basket.
But of course, as it has been days since these folks were executed, they can’t possibly be conscious—at least, according to the data. [Short pause while the people without heads shift from one foot to the other] Funny then, these folks seem quite conscious, don’t they?

NEW SCIENCE!
A new research article in PLOS ONE (public library of science—good peer-reviewed research, free to all) presents data suggesting the Asiatic honeybee Apis cerana cerana can learn the dance dialect of the European honeybee Apis mellifera lingustica. There is, as always in science, differences of opinion about dance language and dialects but the paper is pretty cool anyway.

As I’m always trying to point out, we set the bar really low for everything else but ourselves (is it sentient? does it have sentiment? can I eat it
eat it eat it?)

Biology or, to be more specific, physiology, has been playing tricks on me again. I thought that metaphysical void—the open casket on my right—was creeping up to stay, but it was the weather. Now I have my happy light and I feel much better.

But, thinking about biology, I just finished Patiann Rogers’ Wayfarer. There are bits. But I want to like it better than I did. I want not to be frustrated in the same way that Barbara Kingsolver’s works bother me. I want to be generous.

[but…I am not a generous person. I am working hard on generosity, like visualizing generous feelings—that sort of thing.
One thing I really loved about Maggie Nelson’s Women, the New York School and Other Abstractions was her complete generosity, in the midst of the clear depth of intelligence, knowledge, and aesthetic understanding found in that book]

This is what I wrote on a poem that bothered me, the single word—imposition. The poem, “Boar” reads in part “Forgive his stink, forgive his beady,/squinty eyes….He is provision. He nourishes.” In Boar, ostensibly the boar is being viewed anew—the poem is an attempt to give the boar his own but instead it feels to me as though the poem is about the human while pretending not to be. In contrast, in “The Deluge,” also in Wayfarer the human is inextricably wrapped up in the whole thing, without judgment, without the, “this is what we think of boars, but really it’s just silly because they are smart and all these other things.”

This issue is problematical to me because 1) As a biologist I am constantly being expected to write and read this kind of literature and 2) I am desperately interested in how we deal with the nonhuman other in our work—how it can be made more itself without disappearing. I feel like work such as much of Wayfarer makes the mistake of suggesting we’ve found a way to find the boar but instead sublimates it beneath rhetorical and linguistic devices. (Such as that little device I just employed).

There’s a dog at the window and baby right there. Anyone want to do a world tour with me? We’ll do a little yoga show and then read some poems and play with puppets. I’ll get some sleep which I always want, and then go somewhere else.

The dog has clear blue eyes, birds have black beads. My daughter would not let me remove a dead fly because she loved it and cried about it and now it lies, tissue wrapped, on our mantle, near Mary and our Lady of Guadeloupe, Joseph and some other guy, a Buddha a Buddha head, and of course, our Shiva linga.