Bastardized from Alice's Adventures Underground (to be exact: "No!" said the Queen, "first the sentence, and then the evidence!"). Noticing an increasing, or increasingly annoying, tendency towards essay-poetry. Essay as in polemic passing as pondering, essay as in trying. The antidote to the easy epiphany of easy lyric poetry should not be pendanticism, at least not with line-breaks or periods that show no sense of spotting. In other words, sending forth theory & praxis before the poem, like slipping a bell on the cat to prove, in the ringing, that it is the cat that's coming, and not the gardener, is not only intellectually shallow, but belies both the notion of the object-text and the demos of the graphic reader. Either the evidence proves the point or there's no point in having a jury. In other words, there appears to be a correlation between the prowess of the poem (articulated or latent) and the poet's ability to step away from the thing and let it do its own ontological heavy-lifting. In other words, yes. 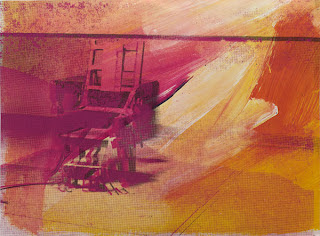