The Politics of this Aesthetics: A Manifest 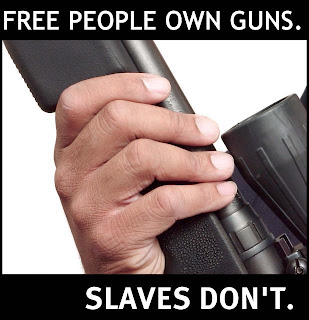 If mastery is the mode of the masterpiece, and a manifesto is a call to actions or arms or piped objectives, this is a slave manifest, an empty set, the roll call of nothing to stooped nothing, evidence of something that is without but more within, the cache of a cache with no cache, conscious and honey-repressed. Suppressed, that is, for we are not without ambition. Helpless, we were, in the face of our adorable ignorance, we were movers but not shakers, or we shook without motion, we had no hope of salvation, though we were confident of obliteration.
Is this offensive? We would very much like to offend, taking beauty or banality, in any dose, including the frigid equal, to do so. We steal, we fabricate, making, faking and taking, erase in homage to the unmaster that unmakes us all, being, as we are, an object with subjective features, visa versa, that is, being as being recognizing the chop shop power of the found object and of power itself. I would keep my hands to myself if I were you. We could be revolting if we could not revolt. Revolving, that is, putting a shackled spin on this place you call history and I call geography and neither of us call home, though it’s where we keep our shoes and teeth and what’s left of the neighbors. Revaulting, that is, putting a new shine on the old bolted canal, there’s nothing like a punctum to set a spring in your step and the smell of blackberries in the crook of your unthroated neck.
We are largely American, fat and unfathomable as our great grasping land. We see from sea to sea and what we see is the swimming. I would keep my mouth shut, if I were you. Our May fell in mid-September, when the aftermath was over, and we found out that autobiography was your ticket out of here. Here, that is, for there’s plenty of that, being kept in cones of eye-bit idolatry. Do you remember that man, the one that kept saying the thing he said? We parsed it and put it into cans. It was very romantic. We wanted to be, that’s for certain, but were dizzied by the swarm of legs spread before us, and if I were you, I’d have worn a vinyl top, or knitted a scar for the front of my ears.
If we were dynamic, we’d be home by now. If we were inert, we’d be on the move, for we’re nothing if not moveable. What the man said was that if we weren’t willing to save, we should liquidate. If I were you, I’d buy low and sell high, for you always were fancy-free or pinioned in hagiography. If I were you, I’d be thinking. Visually, that is, for what I feel is a sort of violence, the desire to have desire, the desire to change your future today, to have a client relationship, to have an extended warrantee, a guaranteed agreement, to have the immortal part sopped in my own thin juices, that being to be that is the sole comfort of my adversaries. If we were If I were you, I’d be.