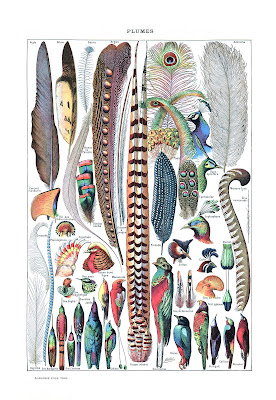 Hope is the thing with feathers and permanent marker. The word scrawled in big letters on the entrance of a school playground down the street, H O P E. This collection of stories with multiple narratives. We made it up.
Begin at the beginning. Chicago is a city of historical sparks. Flash to: May 1, 1867 a city-wide strike demanding the eight-hour workday; September 3, 1955 an open-casket funeral for teenager Emmett Till after his Mississippi lynching; August 28, 1968 an anti-war protest in Grant Park during the Democratic National Convention. The protesters assaulted by police in front of the Hilton Hotel and chanting “The whole world is watching. The whole world is watching.” On November 4, 2008, the whole world will be watching as Barack Obama gives his speech in Grant Park. We are told to register for online tickets and bring photo ID.
To participate in history is to acknowledge history is to celebrate history. The trial of the leaders of the ’68 DNC protests becomes a mixed up world of animation and archival footage in the recent film Chicago 10, written and directed by Brett Morgen. The Yippies look like superheroes. Abbie Hoffman’s hair fills the screen and Allen Ginsberg literally levitates himself. Satire is the main weapon and authority is lampooned by any means necessary. Does what we do make a difference?
The night of the first 2008 presidential debate David Dorfman and his dance company performed in Chicago. Dorfman described the inspiration for this piece, entitled underground:

Although I was only 13 during the "Days of Rage" in 1969, too young to be protesting in the Chicago streets, I remember being awed by the audacity of the Weathermen. Now I am interested in the legacy of the Weather Underground's principles, and also in its foibles and its regrets.

A dancer kneeled on the stage with fist in air, frozen in time. Others soon entered, examining the statue and asking “What’s that?” After some deliberation, the group realized that they had found an activist. One performer suggested “Hey, let’s make it do something.” So, the group began pushing their bodies up against the sole activist, helping him to stand up, helping him to move again. Suddenly, more people appeared on the stage and they too cheered for the activist who was now upright. We are reminded of possibility.
Last week the children at the local Boys & Girls Club organized a neighborhood peace march. They painted slogans on bright colored umbrellas and walked around together yelling “What do we want? PEACE! When do we want it? NOW!” In the autumn sun, they strutted past the community gardens, the murals, the gang members, the police, the condos, and the public housing. We know, there it is.

I love this writing, Jen.

I wanted to be in Chicago last night.

Our world is different now.

And here it is.