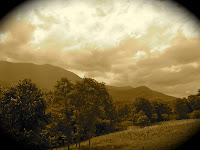 Amina Cain is the author of I Go To Some Hollow (Les Figues Press, 2009). Her work has appeared or is forthcoming in publications such as 3rd Bed, Action Yes, Denver Quarterly, Dewclaw, The Encyclopedia Project, La Petite Zine, and Sidebrow, and was recently translated into Polish on MINIMALBOOKS. She lives in Los Angeles.

Jennifer Karmin’s text-sound epic Aaaaaaaaaaalice will be published by Flim Forum Press in 2009. At home in Chicago, she curates the Red Rover Series and is a founding member of the public art group Anti Gravity Surprise. Her multidisciplinary projects have been presented nationally at festivals, community centers, artist-run spaces, and on city streets.

Kristin Prevallet is a poet, essayist, performer, and educator whose literary focus is to integrate political and personal consciousness into radical poetic forms. Her most recent books are I, Afterlife: Essay in Mourning Time (Essay Press, 2007) and Shadow Evidence Intelligence (Factory School, 2006).

The FBI is an arts venue and residency program founded by poet Lee Ann Brown and actor/director Tony Torn.

In anticipation of our 5 year mark, Les Figues Press is conducting a reader survey. Please take a few minutes (5 to be exact), and let us know how we're doing.

The results of this survey will help us with future planning. It will also aid us in procuring new revenue sources, including grants.

Please consider this a contribution to Les Figues Press.

And Thank You!
No comments:

Another excellent review of A Happy Man and Other Stories in the current issue of Review of Contemporary Fiction. Check it out.
No comments: