wildfires, rivers, and the book of practical pussies 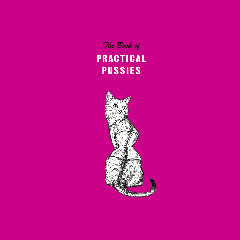 When I was in Marshall, NC in July I bought The Book of Practical Pussies with drawings by Michelle Rollman (Krupskaya/Tender Buttons 2009). The night was warm and wet with rain, and the river that runs next to the Lapland Bookshop mysterious and dark. Light from the window I looked out of was in the water. The book was pink and bright. Later, driving home, my mother and I got a little lost in the mountains. Tonight, wildfires are burning in the mountains outside Los Angeles. The flames are orange and huge, and from my neighborhood, I can see them in the distance. They've reached 80 feet. Fire, reading, drawings, the bodies of cats. I like this book. The cats are human, sexual, funny, tender, not vulnerable (maybe that's what makes them not human). One of them wears a bra and looks like it has flames for ears. Others unselfconsciously show their anuses, their pussies. Cats of death are there too. Then there are the texts that illustrate the drawings. I think they show the vulnerability of loving animals. My favorites are by Lee Ann Brown, Jocelyn Saidenberg, Dodie Bellamy, and Camille Roy.

I love little pussy
Her coat is so warm
And if I don't hurt her
She'll do me no harm
No comments:

(Volunteer at this event and attend for free; Email for info.) 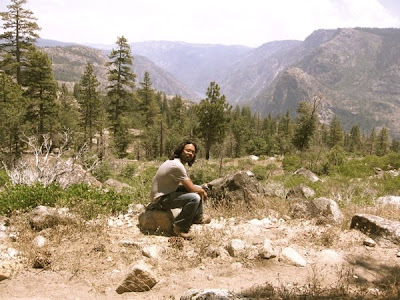 Amarnath Ravva has performed (as part of the ambient improvisational ensemble Ambient Force 3000) at LACMA, Los Angeles; Machine Project, Los Angeles; and Betalevel, Los Angeles. He has exhibited work at Telic, Los Angeles; Acorn Gallery, Los Angeles; Pond, San Francisco; and Keith & Janet Kellogg University Art Gallery, Cal Poly Pomona. In addition to presenting his work in numerous readings, he has writing online at PennSound, LA-Lit and Drunken Boat #10, and work forthcoming in Encyclopedia vol. 2, and Indivisible: An Anthology of Contemporary South Asian American Poetry. He is on the board of advisors for nocturnes (re)view of the literary arts and is a curator at Betalevel.

Amina Cain is the author of I Go To Some Hollow (Les Figues Press, 2009), a collection of stories that revolve quietly around human relationality, landscape, and emptiness. She is also a curator, most recently for When Does It or You Begin? (Memory as Innovation), a month long festival of writing, performance, and video, and a teacher of writing/literature. Her work has appeared or is forthcoming in publications such as 3rd Bed, Action Yes, Denver Quarterly, Dewclaw, The Encyclopedia Project, La Petite Zine, Sidebrow, and Wreckage of Reason: An Anthology of Contemporary Xxperimental Prose by Women Writers, and was recently translated into Polish on MINIMALBOOKS. She lives in Los Angeles.

In summer 2008, Les Figues Press acted as the media sponsor for Danielle Adair, helping her gain clearance as an embedded journalist with US Forces in Afghanistan. Before taking off for Jalalabad in November, she traveled to the University of Nebraska – Omaha to participate in an intensive course in Afghan culture designed for military contractors. There she also gained particular exposure to the military’s counterinsurgency doctrine; while in Jalalabad she looked at how the language of counterinsurgency is employed on base.

From JBAD, Lessons Learned, is Adair’s “field book“—an index guide to the language surrounding the concepts and realities of counterinsurgency. This spiral-bound notebook is a print component of Adair’s larger project, First Assignment, a multi-media presentation of her experience.
No comments: 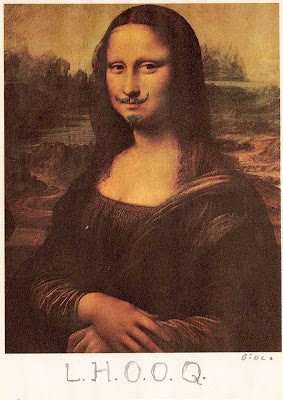 LEE ANN BROWN is a poet who works with multiple forms including songs and films. Her books include Polyverse (Sun & Moon Press) and The Sleep That Changed Everything (Wesleyan University Press). She divides her time between NYC where shes goes to tons of poetry readings, and teaches at St. John's University, and Marshall, NC where she runs the French Broad Institute (of Time & the River) with Tony & Miranda Torn.

LAYNIE BROWNE is the author of seven collections of poetry and one novel. Her most recent publications include The Scented Fox, (Wave Books 2007, winner of the National Poetry Series), Daily Sonnets (Counterpath Books, 2007) and Drawing of a Swan Before Memory, (University of Georgia Press, 2005, winner of the Contemporary Poetry Series). Two collections are forthcoming: Roseate, Points of Gold, from Dusie Books and The Desires of Letters, from Counterpath. She has taught creative writing at The University of Washington, Bothell, at Mills College in Oakland and at the Poetry Center at the University of Arizona, where she is currently developing a new a poetry-in-the-schools program for K-5 schools.

JENNIFER KARMIN’s text-sound epic Aaaaaaaaaaalice will be published by Flim Forum Press in 2009. She curates the Red Rover Series and is a founding member of the public art group Anti Gravity Surprise. Her multidisciplinary projects have been presented at festivals, artist-run spaces, and on city streets across the U.S. and Japan. At home in Chicago, Karmin teaches creative writing to immigrants at Truman College and works as a Poet in Residence for the public schools. New poems are published in the journals Cannot Exist, Otoliths, Plath Profiles, and anthologized in Come Together: Imagine Peace (Bottom Dog Press), Not A Muse (Haven Books), and The City Visible: Chicago Poetry for the New Century (Cracked Slab Books).

BERNADETTE MAYER is a poet and prose writer. In 1967, she received a BA from New School for Social Research. She has since edited the journal 0 TO 9 with Vito Acconci and the United Artists Press with Lewis Warsh, and worked as Director of St. Mark's Poetry Project. She is also known for her wonderful dancing. Her latest collection of writing is titled Poetry State Forest (New Directions).
1 comment:

I read from The Apple in the Dark by Clarice Lispector.

I would like to read all of my favorite books out loud.
No comments: