How To Write About Africa 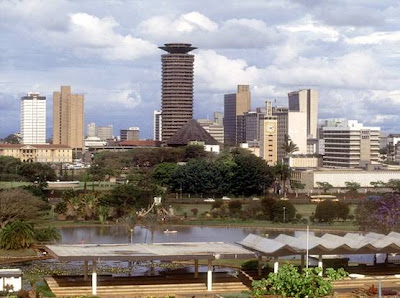 Mzungu:
I am mzungu, an African Swahili word for white person. Someone who wanders without purpose, someone constantly on the move. See traders, colonizers, officials, and tourists. I am the mzungu who is trying to write about Africa.

Starvation & sunsets:
A place to start, Kenyan writer Binyavanga Wainaina's How To Write About Africa (Kwani?, 2008). Binya is the winner of the 2002 Caine Prize for African Writing and founder of Kwani? He is a central nexus of Nairobi writers, poets, journalists, artists, filmmakers, and activists.

Safari:
Let's now travel through Binya's conceptual text together to paragraph 3. You will need to put your camera down, get out of the jeep and stop looking for wild animals. Like any journey, you will return changed.

In your text, treat Africa as if it were one country. It is hot and dusty with rolling grasslands and huge herds of animals and tall, thin people who are strarving. Or it is hot and steamy with very short people who eat primates. Don't get bogged down with precise descriptions. Africa is big: fifty-four countries, 900 million people who are too busy starving and dying and warring and emigrating to read your book. The continent is full of deserts, jungles, highlands, savannahs and many other things, but your reader doesn't care about all that, so keep your descriptions romantic and evocative and unparticular.

Hi Jen -- I'd love to hear more about what you're thinking about here. Paragraph 3 is from paragraph 3 of Binya's text?

I am forwarding this to my friends from South Africa. They will "Give a Fig," too, I'm sure. Gratefully,