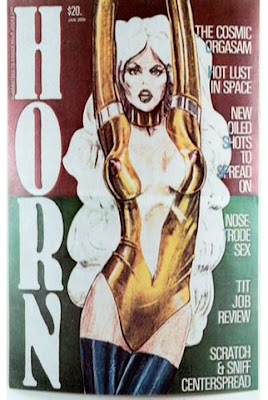 This is the second in a series of blog entries inspired by Paul Hoover’s Sonnet 56, which offers 56 variations of Shakespeare’s sonnet 56. Mrs. Porter is the nominal hostess of Les Figues Press’ salon series. For several years, I have been presenting my research on Mrs. Porter, a real Cairo-based brothel owner who appears in T.S. Eliot’s The Waste Land. You can read my first variation here.

Once again, I took as my source-text 14 lines from “The Fire Sermon:”

White bodies naked on the low damp ground
And bones cast in a little low dry garret,
Rattled by the rat’s foot only, year to year.
But at my back from time to time I hear
The sound of horns and motors, which shall bring
Sweeney to Mrs. Porter in the spring.

In this variation I have arranged all of the words in this excerpt in alphabetical order:

And And
Bring Back bodies
By Bright Bones

O O Of on On On
only
Porter Porter

A poem composed of fragments adjusts quite well to a rude, alphabetic box. To be forced to encounter The Waste Land through this new lens allowed me to better view the semantic building blocks of this High Modern masterwork whose themes – water, sex, urban grit, time – are echoed throughout the poem. The melancholic tone is, oddly enough, still there, perhaps impossible to dislodge, even when the words are piled into such a mean heap.

Given the fragment of French in the original, I was quite proud of my "At And A" (Attendez!) in the first line. The Waste Land could be considered Eliot’s clarion call to the decadent masses – reflect on your own sterility! Beware!

are especially appealing to me since they capture the gist of the original and amplify the contradictions that Eliot hopes to bring into stark relief with his jarring juxtapositions. In the original passage, Mrs. Porter’s daughter is “damp” because her feet have been washed in soda water – a glancing reference to a dirty ditty about a whore’s daughter who cleans her genitalia in order to avoid contracting (and transmitting) syphilis. Eliot contrasts the two whores with the chaste voices of children singing in a church. Whether he’s lamenting the fate of Mrs. Porter’s daughter, who was dragged into prostitution, or casting aspersions upon young boys, ripe for homosocial bonding, Eliot finds a way to emphasize what’s grim in both the seedy and the transcendent.

I was also delighted with the J-N passage, which recalls the snide, lilting bawdiness of the original ditty about Mrs. Porter, which was sung by her grimy military clients. And how can our post-Nabokov ears not hear “Lolita” in the line “Little la Low Low?”

Nice post as for me. It would be great to read something more concerning that topic. Thank you for giving that data.
Joan Stepsen
Home gadgets