A Very Rare Combination of Poets

Hosted by Mathew Timmons in association with Les Figues Press.

GREGORY BETTS is a poet, scholar, editor, and curator from St. Catharines, Ontario. His books include If Language (Book Thug) and The Others Raisd in Me (Pedlar).

DONATO MANCINI, hailing from Vancouver, B.C., is author of two books of procedural and visual poetry, Ligature (New Star) and Æthel (New Star), both nominated for the ReLitAward and will publish Buffet World (New Star) in 2010. He co-directed the world's first in-world avatar documentary AVATARA (2003).

VANESSA PLACE is a writer, lawyer, and co-director of Les Figues Press. Recent and forthcoming books include The Guilt Project (Random House), La Medusa (The University of Alabama), and with Robert Fitterman, Notes on Conceptualisms (UDP).

WILLIAM POUNDSTONE has written 12 nonfiction books, most recently Priceless and Gaming the Vote (Hill and Wang). His electronic literature has been featured in The Believer and many web publications.

CHRISTINE WERTHEIM is the author of +|'me'S-pace (Les Figues), 4 LUV ALONE, and Corpus (Triage). She has edited the anthologies Feminaissance and with Matias Veigener, Seancé, and The /n/oulipian Analects.

This event is supported by Poets & Writers, Inc. through a grant it has received from The James Irvine Foundation.
No comments:

Check Out The Collagist 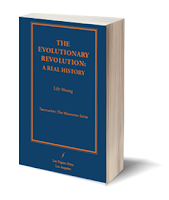