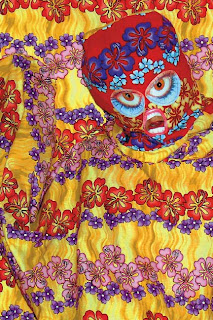 The Clitoris and a Partial History of 'Tiny Revolts'
Elizabeth Hall

Nearly a year ago I asked five women writers to respond to the Les Figues title Feminaissance without placing any limitations on the content, length, or form of the response. During the next eight months I all but abandoned the project to work on my graduate thesis, a history of the clitoris in list form. The most common reaction when I told people my thesis topic was didn’t somebody do that, like, in the 1970’s? I heard complaints similar to those leveled against Feminaissance: ANOTHER book about women, sex, and oppression? So frequent were these responses, I began describing the clit project as simply a “study of small things,” a joke I found all too funny.

Throughout my research process, I returned often to Feminaissance for inspiration and guidance, especially Dodie Bellamy’s essay “The Feminist Writers Guild” in which she describes her experience with a short-lived activist group in relation to Julia Kristeva’s concept of “tiny revolts.” She writes, “Need the success of a political group be measured by its impact on a larger social order? What about the ways it transforms the lives and psyches of its members –their tiny revolts—are they not profound?” I love the very idea of a “tiny revolt” because its possibilities seem limitless. It represents, for me, but one entryway into some larger change, much like the clitoris itself whose smallness is defined solely by its appearance, its “visible tip” when, in actuality, the clit extends much further into the body. With “tiny revolts” in mind, I began to see the clitoris less as an organ engendered in a specific body, but rather, as a kind of critical lens. That is—a way of reading, looking, and playing that emphasized not the ineffable French jouissance, whose qualities cannot be named or even described, but the definite, placeable site of pleasure, the clitoris. However, as I soon discovered, the most persistent and pervasive effacement of the clitoris seemed to be in our language itself.

In front of its entry for the clitoris, the Oxford English Dictionary puts a double-bar, meaning “not naturalized, alien,” i.e. the word “clitoris” is not considered to be common parlance in English. Outside of the abbreviated “clit,” which originated in the 1950’s, there are no wide-spread common slang-terms. Likewise, there is no word for clitoris in ancient Greek, the first time the word kleitoris appears is as an anatomical term in Rufus of Ephesus’ texts. Rufus of Ephesus, writing around the first and second century AD, lists the word kleitoris alongside three other synonyms only two still used during his times: numoe, a metaphor whose sense is “the veiled” and murton, “myrtle berry,” based on the appearance of that berry. Fifteen terms existed in Latin for clitoris, and the ancient Romans had medical knowledge of the clitoris; their native word for it was landīca. There is some evidence that it may have been one of the most obscene words in the entire Latin lexicon. It is alluded to, but does not appear, in literary sources, except in the Priapeia 79, which calls it misella landica, the “poor little clitoris.”

Throughout history the clitoris has been lost and rediscovered countless times. Perhaps the most famous of these accounts is Renaldo Columbus who rediscovered it while examining female patients and cadavers in 1559. “So pretty and useful a thing,” Columbus wrote in his book De Re Anatomica. “Since no one has discerned these projections and their workings, if it is permissible to give names to things discovered by me, it should be called the love or sweetness of Venus...” One may think of clitoral effacement as a thing of the past, but it is a historical constant, occurring again and again, no matter the century, decade or overriding political climate.

Fast forward to 1994—post-Freud, “post-feminist.” When performance artist Holly Hughes’ show CLIT NOTES debuted, the New York Times refused to print the title; instead they referred to the show’s title as using “a slang term for the word ‘clitoris.’ Before going on the air on NPR, the radio execs told her that she could use the word clitoris if, and only if, she was referring explicitly to her own clitoris. Hughes writes, “Under no circumstance, I was warned, could I call someone else a clitoris.” As if it were a dirty word.

The effacement of the clitoris extends even to Anne Frank’s Diary of a Young Girl. When the unabridged edition of the diaries were released in 1995, the 50th anniversary of her death, they included the previously deleted passages that contained some of Anne’s negative remarks about her housemates and parents as well as a lengthy entry from March 24, 1944 in which she describes her vulva, clitoris, and vagina from the perspective of her own fifteen year old gaze:

“...Until I was eleven or twelve, I didn't realize there was a second set of labia on the inside, since you couldn't see them. What's even funnier is that I thought urine came out of the clitoris...When you're standing up, all you see from the front is hair. Between your legs there are two soft, cushiony things, also covered with hair, which press together when you're standing, so you can’t see what's inside. They separate when you sit down and they're very red and quite fleshy on the inside. In the upper part, between the outer labia, there's a fold of skin that, on second thought, looks like a kind of blister. That's the clitoris...”

In November 2009, the unabridged version was pulled from the library shelves and classroom bookcases at Culpeper Middle School in Culpeper, Virginia after a parent complained that the diary contained explicit sexual content inappropriate for an eighth grade readership. “While these pages could be the basis of a relevant discussion,” remarked school superintendent Bobbi Johnson, “they do not reflect the purpose of studying the book at the middle-school level and could foster a discussion in a classroom that many would find inappropriate.”

When I learned of the censorship of Frank’s journals, I decided to resume the Feminaissance project I had started so many months ago. It seemed that now, as ever, we still need Feminaissance(s), the tiny revolts—to engage with and practice feminist (however one chooses to define it) ways of reading, thinking, seeing, and moving through the world. It was in this spirit that I asked writers Allison Carter, Evelyn Hampton, Claire Donato, Amy King, and Tisa Bryant to contribute their own response. I wanted the conversation to continue and to continue in the writing itself.

Each day this week, a different writer’s response will appear on the Les Figues blog in this order: