The New Interview on Molossus 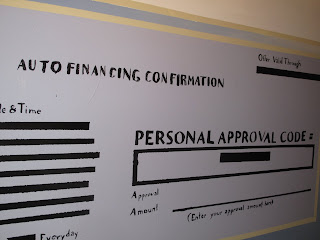 Molossus, an excellent "online broadside" out of Los Angeles, has published several posts about The New Poetics, including The New Interview with author Mathew Timmons and an exclusive new poem, "The New Craft."


Here is a sample from The New Interview:

What is The New Poetics? How did the project come about, and how does it fit into Les Figues current series?

I began writing The New Poetics in the summer of 2006. At the time it seemed like I was often talking about the new narrative and the new sentence with various writing friends, Harold Abramowitz being one person in particular. It was a very warm summer in L.A., which tends to push me towards insomnia, and that summer I was in the bad habit of driving around downtown Los Angeles in the middle of the night, between say 3 and 5 AM, roughly. I wasn’t sleeping all that much and would come home from driving around and work on various projects in the early hours of the morning. At some point I thought I’d google “The New Narrative” and see what the internet could tell me about the subject. I liked the odd repetition and rephrasing of what came up, so I took the first three pages of google results, put them in a Word document and started moving things around until I liked what I saw on the page. I did the same thing with “The New Sentence” and afterwards I felt like I had actually learned something about both The New Sentence and The New Narrative that normal research wouldn’t offer. Then I started keeping a list of News, things that would come up in conversation or I would overhear, The New Something-or-Other phrases in people’s work. For example, “The New Debility” is dedicated to Will Alexander, because in his play Conduction in the Catacombs—which I worked on for Betalevel here in Los Angeles, ATA in San Francisco, and 21 Grand in Oakland a few years ago—one of the characters uses the phrase “The New Debility.” In the case of “The New Motherfuckers,” I was at Amoeba Music in Hollywood and on one of the end-caps there was a CD by the band The New Motherfuckers. I listened to it and really liked it, so I wrote “The New Motherfuckers” for them, and most of the material is actually about them, which means they had great google presence back in 2006 when I was working on the book.