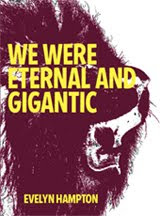 Revolt: it's a Latin word, to roll back. I think of time, when time was circles we'd hang in our rooms, wear on our bodies. My favorite time was Mickey Mouse. I lost it, or it was stolen, or misplaced somehow in the house. My parents were angry because it had been expensive, something to collect if you're middle class. It was hard for me to imagine how much time could cost.

The clock on my computer tells me it's 10:23am on Friday, April 23, 2010. I'm going to be late for work, my time is running out, and other thoughts I'm having about the clock. Now I understand why Flavor Flav wore a clock around his neck. He needed some way to make the clock he had to live by—in order to make money—to make its time his; otherwise it'd be his shackle. If I'm going to be a person—not an idea, like time—then I need somehow to subvert the clock, which is what I think Flav is saying. Like David Byrne did by wearing the big suit, Flav took an element we might associate with "the man" and exaggerated it, making it fashion, a way he could express himself.

There's a gender we associate with "the man" and it has power, but by way of fashion and performance, one can show that power is a performance, too. This is one way to control what controls you. What I'm interested in being is a person, which, in our time, is not easy to be.

I went to compare myself to the big shiny button that lets me walk with you, but I didn't have any shoes.

I stood where a person ended and something else didn't know how to. How a machine said home got louder, yet people were still having dinner in there.

As the boundaries between words blurred, it was harder and harder to keep time. Sometimes there were big gaps in which countries could hide.

In one gap, I was selling a new category of product that included dazzles, glints, shimmers, and blurry edges. The government was my biggest customer. It was so indistinct, I couldn't tell it apart from anyone. It blended in with me so well I spoke to myself as my spokesperson's mouth.

I heard a political speech as a sequence of distinct woods where people became lost looking for each other. Being everyone else, I was always by myself. I still had edges to sell.

In the woods, sometimes the edges were centers. I called them malls. Sometimes the centers were edges. Her body was too bony to call.

In another gap, I lived in a shack made of blur and shimmer. I attracted little girls with my nails.

Take out a blurry edge and sit alongside it, I said to a girl. She said, Why don't you show me? I showed her a photograph of my nails. Bitch, she called me to the wall where I hung my nails.

We lived among the edges we couldn't sell. They lay in heaps and stacks of themselves. I thought of a little money, how it kept so well. I thought if I could make the girls do stretches among the edges, they'd photograph well. Then we might have something to sell that didn't vanish into everything else.

I gathered all the edges and had the girls hold them up to themselves. It looked like something glass had cracked a code in itself and then a lot of flesh fell out. The girls squirmed. I told them how to, and what to hold. They each got to do every role.

Time me, I said to each facet of hell. The girls had all gone, wrapped in my walls. I sat on my pile of edges which were dingy from all the bodies they'd held.

I felt like an emotion an edge was having. I was thinking of something dirty and on the ground. When it began to run, I ran.

Since I ran so well, my edges lost bits of themselves. Some flew off me and some flew inside me. I knew I was catching up with time, and that if I kept going, people would still be having dinner.

EVELYN HAMPTON lives in Providence. Her website is Lispservice