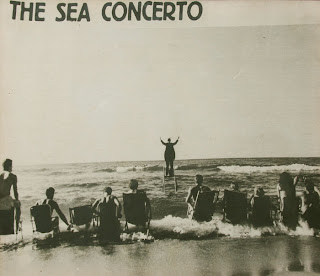 Teresa Carmody’s recent work includes Explanation as Composition, a collaborative audio project with Sarah Shun-lien Bynum, Harold Abramowitz, Amanda Ackerman and Kate Durbin. She is the author of the short story collection Requiem, and two chapbooks: Eye Hole Adore and Your Spiritual Suit of Armor by Katherine Anne (Woodland Editions, 2009). She is the co-founding director of Les Figues Press.

Laida Lertxundi (Bilbao, 1981) works on film making non-stories with non-actors that explore the terrain of diegetic space, creating a particular sound and image syntax in response to the way desire and expectations are manufactured and embedded in the language of cinema. Her work has been shown internationally in museums, festivals and venues such as MoMa, Lacma, Viennale and the New York Film Festival views of the Avant Garde, International Film Festival Rotterdam, Museo Nacional Centro de Arte Reina Sofía and Anthology Film Archives. She recently received the Tom Berman Award for Most Promising Filmmaker at the 48th Ann Arbor Film Festival and was included in Best of the Decade reviews in CinemaScope Magazine and 25 Filmmakers for the 21st Century in the Film Comment Avant-Garde Poll. She teaches film at the University of California San Diego and lives in Los Angeles, California.

James Wagner is the author of the chapbooks Query/Xombies and Geisttraum (both from Esther Press, 2010), the short-story collection Work Book (Nothing Moments, 2007), and two poetry collections: Trilce (Calamari Press, 2006) and the false sun recordings (3rd bed, 2003). His poetry, fiction, and criticism have appeared in Abraham Lincoln, The American Poetry Review, Boston Review, Fence, Jubilat, McSweeney’s, Verse, and Zoland Poetry. He lives in Chico, California.

This is the second Belladonna* Collaborative PROSE EVENT. Each is a reading and conversation with prose writers who write at the intersection of fiction and the essay, producing texts that are urgent and often unclassifiable. We will be especially interested in exploring the idea of the walker as essayist, flaneuring through city and suburban space, skirting around the crosswalks or margins of genre.

Amina Cain is the author of the short story collection I Go To Some Hollow (Les Figues Press, 2009), and an upcoming chapbook, Tramps Everywhere (Insert Press/PARROT SERIES). She is also a curator/organizer, and a teacher of creative writing/literature. Her writing has appeared in publications such as 3rd bed, Action Yes, Denver Quarterly, Dewclaw, Encyclopedia Project (F-K), LRL, onedit, and Wreckage of Reason: Xxperimental Prose by Women Writers, and has been translated into Polish on MINIMALBOOKS. She lives in Los Angeles.

Danielle Dutton is the author of two books — S P R A W L and Attempts at a Life — and her fiction has appeared in magazines such as Harper's, BOMB, and The Brooklyn Rail. She designs books at Dalkey Archive Press; teaches in The Jack Kerouac School of Disembodied Poetics at Naropa; and edits Dorothy, a publishing project.

Renee Gladman is the author of four works of prose, most recently To After That (TOAF) and Event Factory (Dorothy) and one collection of poetry, A Picture-Feeling. Since 2005, she has operated Leon Works, an independent press for experimental prose and other thought-projects based in the sentence, making occasional forays into poetry. She teaches in the Literary Arts Program at Brown University, and lives in Massachusetts. 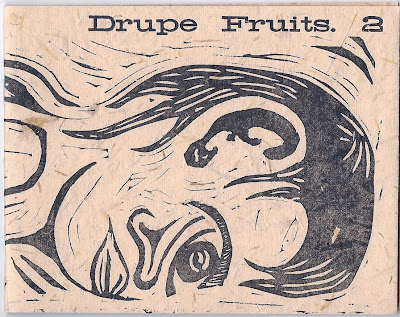 This journal along with other lovely publications and chapbooks are published by Edwin R. Perry at Plumberries Press. The press is "invested in the tangible" and "interested in shorter, strange writings". Wow wow, submissions are read all year!

The Empty Globe: A new series in Los Angeles 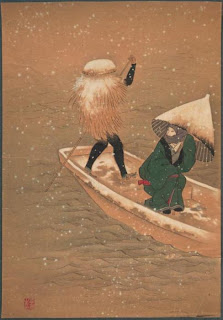 The Empty Globe begins with an evening of readings and film/scene by Brent Armendinger, Veronica Gonzalez, and Anna Joy Springer.

Veronica Gonzalez is the coeditor of Juncture: 25 Very Good Stories and 12 Excellent Drawings published by soft skull press and the founder of rockypoint Press, a series of artist-writer collaborations, including books, prints, postcards and a reading series. Her short stories have been widely published in literary magazines and anthologies too. twin time: or, how death befell me, her first novel, was published by semiotext(e), won her the 2007 Premio Aztlán Literary Prize and was voted best novel of 2007 by Eileen Myles in The Believer book awards. She is currently completing The Sad Passions, her new novel.