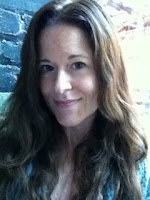 Two recent inventions that merge the act of reading in printed and digital space provide an opening for interpreting Urs Allemann’s Babyfucker through the framework of “quantum poetics,” which, in my take on the term, applies principles in theoretical physics and Alfred Jarry’s 'pataphysics' to poetry and prose. The first invention I’ll mention is the digital pop-up book, a printed book read on a machine that makes the book’s typography move on the screen of a computer. The second is a printed book with barcodes on its pages that a reader scans with a smart phone to receive information about content provided by other readers. In both technologies the act of simultaneously reading in printed and digital environments seems to get us closer to the possibility of holographic books, or, better yet, books traded telepathically, which might make the book itself a reality, the reading of realities an art, and the reader the book. The question, then, is:

What will be writing us?

Through its relentless, hyperdimensional investigation of creativity and time, Babyfucker invents an alien technology for the sentence where the reader, like the book’s protagonist, is the narrative being read. At eye level (imagine being positioned on a land surface while viewing a horizon line straight ahead), narrativity is explored through the book’s thematic center and opening sentence, “I fuck babies,” and the reader’s response to itself as a new narrative reading the book:

When the monster speaks what listens?

At astronomical scales (where gravity disperses matter within the in/visible universe outside the atmosphere of a planetary body), Allemann demonstrates not only that the reader’s narrativity is as unsayable as the sentence, “I fuck babies,” which, of course, becomes said in Babyfucker, but also that narrativity functions at varying levels of accessibility like the dark matter and dark energy that is accelerating and expanding with higher-dimensional spacetime:

How is the monster not seen?

In his interview with Les Figues Press Editor Elizabeth Hall on the Tarpaulin Sky website, Allemann proposes that “reality is simply what is narrated” and that his protagonist’s sentence, “I fuck babies,” exists in a “timeless present.” If astronomical and molecular scales reconcile with scales at eye level—as theoretical physicists are attempting in string theory by trying to reconcile relativity with quantum mechanics—we can understand Allemann’s alien technology as a time machine narrating the reality of the present:

In Babyfucker the machine is writing us.

When I became aware of Babyfucker I was happily intrigued and also repulsed. More intrigued than repulsed. Somewhat happy. After buying the book I immediately read it. I didn’t know anyone who had heard of the book. So I was excited to find out that a friend had just read it, too. She said she was using it “to learn German.” We connected our sunny copies by their lipstick spines, creating a conjoined body. What will be placed around the neck:

Garlic or talisman? Monster or “knOt”?

In quantum electrodynamics (QED), an agreement between quantum mechanics and relativity is achieved by describing interactions between light (photons) and matter (electrons), which can travel to and from anywhere in the universe and at any time. Like other quantum field theories of physical reality such as string theory, QED suggests that time and space can’t be defined by the Newtonian, Euclidian, and Aristotelian laws that conceived of time as though it were an arrow traveling through a distinct past, present, and future. Similarly, space is no longer conceived of as if its points could be connected by a web of straight lines that do not exist in the natural world.

If the sentence, “I fuck babies,” exists in a “timeless present,” if spacetime in physical reality is as conceptually and physically permissive as Babyfucker’s amorphous/morphing narrator, if the narrator and the somewhat abstract babies have “always been there,” if creation—the “inflated” sentence about to “burst” into existence—through imagination, conception, gestation, birth, and death is located outside our outdated arrows of time and grids of space in a transhuman ecology where conventional forms of power, sexuality, desire, morality, identity, and empathy have no meaning, if there is no other sentence but the sentence of invention, then the book, Babyfucker, stops being a book, or the book has always been there, or the book is never there there, or the book was never a book, or the reader is the book….

Which is to say that in its non-Euclidean Big Bang, Babyfucker “terraDeforms” (to use a freshly-coined phrase by tENTATIVELY, a cONVENIENCE) the medium’s limits from a planetary body that supports ordinary human life through water and breathable air into an extraterrestrial planet where the autonomic system can’t be relied on for breath, where the lungs are not lungs, where the water is something else, where gravity is too strong or too weak to support a reader/thinkership at eye level, where dark matter and dark energy are detected by the development of more responsive tools and organs, where the horizon line can be everywhere and nowhere all at once, where the delineation between scales of physical reality—subatomic, eye level, and astronomical—are dependent upon subject position, warping and being warped by this planet’s solar system of unidentified codes (UFO language) it creates to be inhabited.

To exist on this planet—if we can even get there and then—and we can, as photons (thinkers) and electrons (readers)—to exist on Babyfucker means we cannot live as we did, for this planet supports a novel genre of life. This is why the book might not only be a time machine but also a space machine in warp drive that travels the multiverse by changing space and time around it. Babyfucker lets us leave our planet, which is a book where we don’t “fuck babies,” where we persecute the alien sentence, where the spacetime machine writing us never learns to fly.

AMY CATANZANO is the author of Multiversal (Fordham University Press, 2009), recipient of the 2010 PEN USA Literary Award in Poetry and the Fordham Poets Out Loud Prize; iEpiphany (Erudite Fangs Editions, 2008); and the e-chapbook, the heartbeat is a fractal (Ahadada Books, 2009). Originally from Boulder, Colorado, she currently lives in Pittsburgh, Pennsylvania.

Hmm. I would say that your reasoning points, in part, to the significance of “spacetime” becoming a word. Your conclusion about existence based on your analysis of space and time in relation to definition speaks to the role that language plays in our measures of reality. Say Babyfucker was a dictionary. Then what?

I have heard that billions are needed to optimize the chance of a few surviving...

On one level what you are describing is called “redshift,” which is how time is measured in space by comparing an object’s light spectrum to our relative position on Earth. I don’t think a discernible “center” of the universe can be defined, as the “shape” of the multi/universe has not been defined. Redshift seems to point to the uroborus nature of spacetime. Einstein proposed that the speed of light is the only constant we have in the known universe and that time and distance are relative. However, recent research suggests that neutrinos can travel faster than the speed of light. Also, at quantum scales, subatomic particles are thought to move by jumps or leaps that cannot be predicted with certainty because the present position and momentum of these particles cannot be determined without ambiguity. This is Werner Heisenberg’s uncertainty principle; Einstein opposed it. Uncertainty is at play within your realiquanto. Say Realiquanto was a dictionary?

I might speculate that these individuals would be sworn to secrecy…

“It’s the year 2022. People are still the same. They’ll do anything to get what they need, and they need SOYLENT GREEN.”