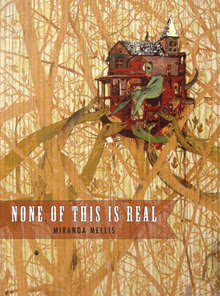 Miranda Mellis is the author of a story collection, None of This Is Real (Sidebrow 2012), a novella, The Spokes (Solid Objects 2012), a chapbook of documentary poetics, Materialisms (Portable Press at Yo-Yo Labs 2009) and The Revisionist (Calamari Press 2007), illustrated by Derek White. The Revisionist is out in Croatian and Italian and was the subject of a 90-foot mural by artist Megan Vossler. Mellis is the recipient of John Hawkes Prize in Fiction and an NEH grant. Her various writings have appeared in various publications including most recently Conjunctions and The Believer. She is an editor at The Encyclopedia Project and teaches at Mills College and the California College of the Arts.

Juliana Snapper is a concert soprano and interdisciplinary artist who works with the human voice as a sculptural and social entity. Her site-specific performance projects incorporate her own experimental vocal modalities (ex. singing into water, and “listening vocality”) and use operatic improvisational structures, and sonic and prosthetic costuming. Several projects engage local community groups and artist collaborators from other media in intensive vocal work. She has performed and installed work at festivals across Europe and in the United States for the Walker Art Center in Minneapolis, PS1/ New York Museum of Modern Art, The Guggenheim Museum, LA’s Machine Project, and REDCAT.