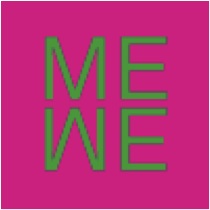 You might think a small change wouldn’t have a big effect. How can a few bucks actually make a difference? But in a story, the smallest change can alter the course of things, can jostle the plot  from comedy to tragedy. Notice, for instance, the fine line between “It was love at first sight” and “It was glove at first fight.” Suddenly we’re interested.

At Les Figues we know the value of small. We started as a small experiment, publishing an annual series of books “in conversation.” The series is called TrenchArt, and since 2005, each series has included 5 books. Luckily we’ve been able to do this through the support of great people who share a common goal: the publication of experimental and thought-provoking prose and poetry.

This year, we made a small change to the TrenchArt series and added a sixth title. The extra title fits this year’s conversational theme (“surplus”). Yet an extra book means extra production costs, so we’re hosting a Small Changes campaign. Individuals can make tax-deductible donations in the amount of $5, $10, $15, or $20 (or an amount of your choice) on the Les Figues website between now and July 31th. This will help us publish all six TrenchArt: Surplus books—which are feminist, smart, scientifically-sound, and unreasonably beautiful.

And since we are writers here—and know what it feels like to be broke—we’ve started a parallel campaign: The Small Changes Story Movement. Make small changes to the existing story on our facebook wall by adding a sentence here and there, and together we’ll create a composite piece, to be finalized on July 31st. Don’t be afraid to change the direction,  tone, or  style of the story--each sentence has that power, so use it!

Follow this link to donate to the Small Changes campaign.